Get fresh music recommendations delivered to your inbox every Friday.
We've updated our Terms of Use. You can review the changes here.

from Jews from Outer Space by Visible and The Critical List 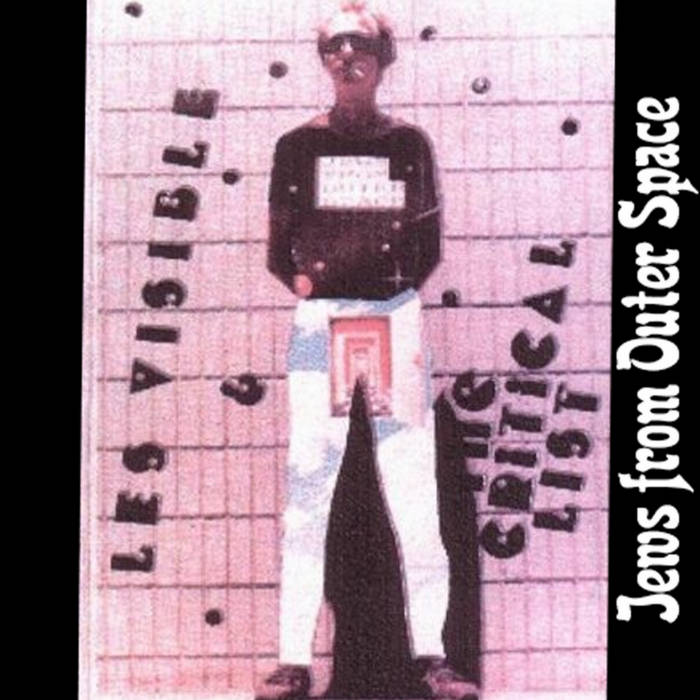 Just about exactly 30 years ago today (having nothing to do with Sgt Pepper) I performed at the 20th anniversary of Woodstock Festival. I either went on right before Richie Havens, or right after. I think it was after because I remember him chuckling about what was happening in the crowd when he went on. Then again, this might have happened in a discussion later that night. Details are fuzzy.

I'd gone there to play but also to help my yogi friend, Ram Tirth, also know as Fred Bloomfield. He's passed on to the blessed spheres last year or so.

The event was not as well policed as it should have been and so... a rowdy crew of locals from the surrounding countryside; a aggregation of bi-pedal wildlife showed up, thirty or forty of them with a couple large kegs of beer. There was a good sized crowd there already. I was told there was something like 20,000 to 30,000 people but don't quote me because I didn't say that, I got told that. There is a difference and that is what makes it hearsay.

I kinda, sorta, noticed, as time passed and I waited off stage to go on, that there was something like a mosh pit virus going on in the center of the crowd, which is where the keggers were situated. It was loud anyway and there was a lot of energy and I was preoccupied with what I was going to do when I went on. I hadn't settled on the tunes I was going to play yet. I wanted to see what it all felt like, once I got out there... just me and the guitar.

So... the time came and I got introduced and I walked out to the mic and got my guitar plugged into the system by a techie. It was pretty loud but I knew I was going to be louder (hopefully) because I had the electronics. I launched into a reggae tune and about halfway through the song, a huge fight broke out in the middle of the field, where the drunken louts had congregated (grin). It looked like there was about three dozen or so individuals, firing on one another, or grappling at ground level. It was a pretty big skirmish and I could see that I had been forgotten for the moment, because all the attention was now directed at the melee.

I paused then for a short while and considered the real life movie going on about 75 yards away, give or take and then it struck me that I had the perfect song for the moment. I set my guitar into a nearby instrument rack, took the mic out of the stand and walked to the edge of the stage. The stage was about eight to ten feet high. I took a deep breath and in my loudest voice, sang out the word... “Alcohol!” Instantly, for whatever the reason, the crowd, including those brawling, heard me and they stopped what they were doing (true story). With the audience now attentively focused on me singing, I continued the tune, with a small amount of moving like Jagger.

The song ended and I was greeted with a thunderous applause (true story- grin) and people calling out, “Alcohol” as loud as they could do it. I figured that was the apogee of whatever I was going to get and doing anymore would wreck the moment. So... I thanked the audience and left the stage to the chorus of “Alcohol” that accompanied me back to my friend's vendor location. The fight never did continue after that and at different points people would drop by and thank me for what I did. Furthermore... for the rest of the night and on into the procession to dawn, you would hear someone cry out, “Alcohol” Heh heh. It was definitely an extended Kodak moment.

I don't know what serendipitous force was at work that night but... it all came together beautifully. Let me be clear here that there was a major brawl taking place and there was every likelihood that this was going to set the tone for the rest of the evening. I went on at 11:00 or so. Meaning we hadn't even gotten to that post midnight phase, where multiple conflicts could well have become the theme of the evening. I didn't think that much of it at the time. I remember how amused I was that people kept shouting “Alcohol” every time a song ended or performers switched.

Later on I realized that it was something larger than it seemed to be to me, at the time. It was one of those unforgettable things and I know we all have some amount of these, where events happened, one thing led to another and there was a point where whatever it was could have gone in various directions but... by the grace of God, did not.